Garde Republicaine Band Of France – circa 1916 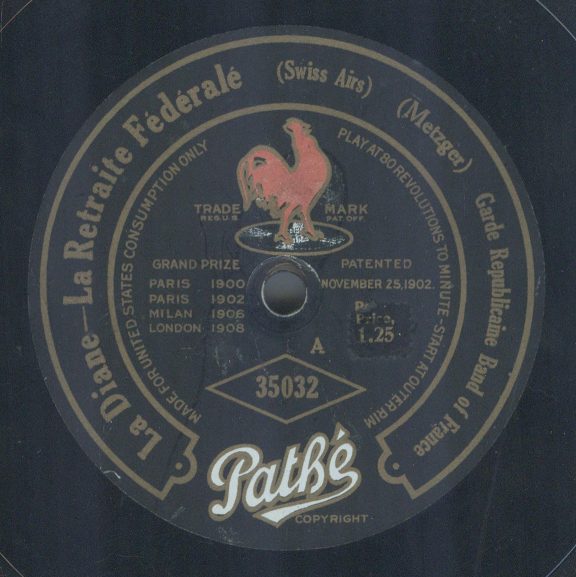 While Pathe had been the dominant record company in France since the mid 1890s it wasn’t until 1916 that they began to manufacture records in the USA.   Because of patent issues Pathe discs prior to 1920 had vertically cut grooves and could not be played on standard steel needle wind-up record players.   One either had to use a Pathe player or retrofit a competitor’s player with a special adapter.

Because both sides of this record were recorded in France I was unable to find an exact recording date.   It is entirely possible that one or both were recorded a few years prior to this 1916 USA pressing.

This entry was posted in 1910s, Acoustic Recordings, Military Band, Other Foreign Recordings. Bookmark the permalink.

4 Responses to Garde Republicaine Band Of France – circa 1916