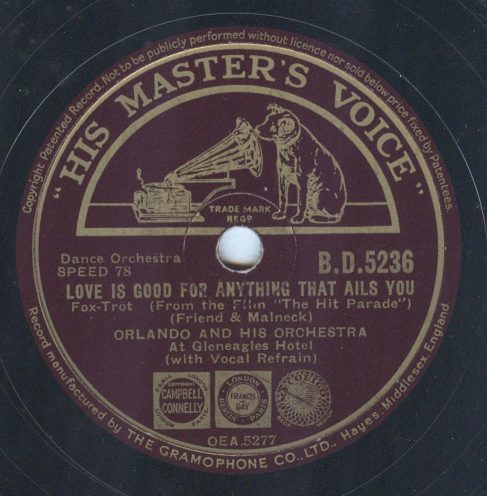 Here are a couple of selections by Joe Orlando’s orchestra which, at the time, had a long-term residency at the Hotel Gleneagles in Perthshire, Scotland.

“Love Is Good For Anything That Ails You” was probably the band’s most well-known recording.   The recording enjoyed a nice revival when it was featured in the 1981 film Pennies From Heaven.

2 Responses to Orlando And His Orchestra – 1937