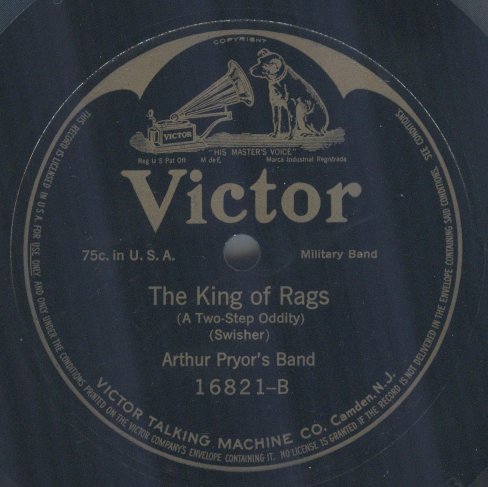 This nice ragtime piece, subtitled as “A Two Step Oddity” was composed by Sherman Swisher.  As far as I can determine this was the only musical work that Swisher ever published.

This selection was recorded on September 12, 1907 but the record was not issued until November 1911.  It remained available in the Victor catalog through January 1927.  My particular copy was pressed sometime between 1914 and 1916.

There was a completely different song named “King of Rags” that was composed by Bob Haney and published in 1900.  I have not been able to find any indication that the earlier song was ever recorded.