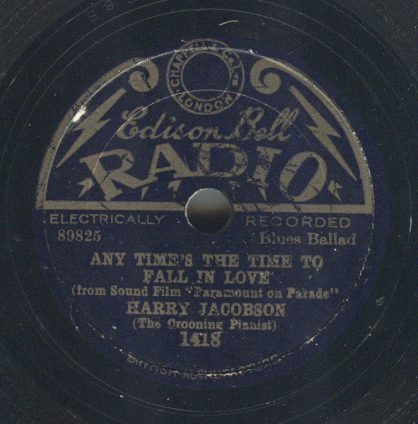 Here are two songs introduced in the 1930 film Paramount On Parade.

Harry Jacobson was a South African born pianist and vocalist who worked as a sideman  for several 1930s British dance bands such as Alfredo (Gill) And His Orchestra, The Savoy Orpheans and Ray Noble’s Orchestra and played the piano on many Gracie Fields recordings.   Jacobson was also the uncle of 1930s child star Sybil Jason.