Herman Finck “In The Shadows” 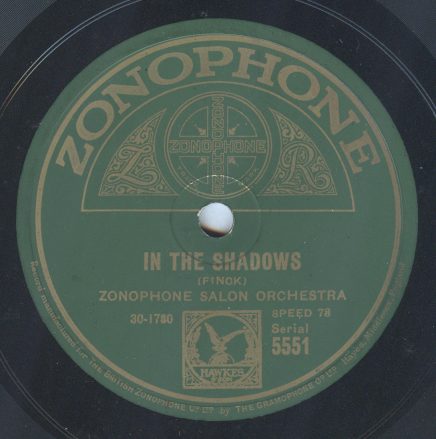 Here is a salon orchestra recording of British composer Herman Finck’s most famous work, “In The Shadows.”  Finck served as music director for London’s Palace Theatre from 1900 to 1920.  “In The Shadows” was published in 1911 and was originally called “Tonight.”  It was also one of the songs performed by Wallace Hartley’s White Star Orchestra on the ill fated voyage of the Titanic.