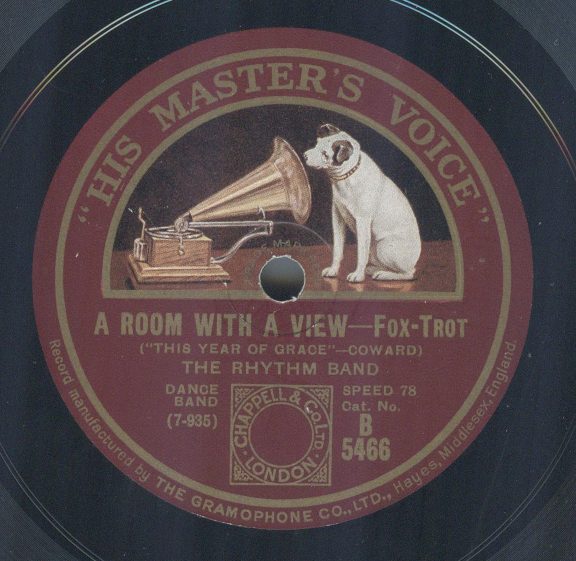 The Rhythm Band was a British band led by American musician George Fischer (nee George Fischberg).  Fisher was a member of the San Francisco based Art Hickman Orchestra and came to England as a member of a touring unit of the Hickman band.  By the late 1920s he was fronting his own band at London’s stylish Kit-Kat Club.  Many years later Fisher worked as Marlene Dietrich’s piano accompanist.

“A Room With A View” comes from the 1928 Noël Coward revue This Year Of Grace.  It is not to be confused with the 1908 E M Forster novel of the same name or the 1985 film adaptation of the novel.

“Half A Kiss” is a Vernon Duke composition from the 1928 production The Yellow Mask.