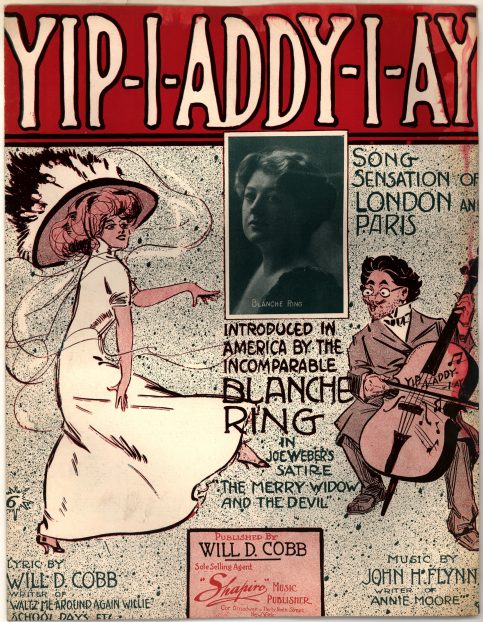 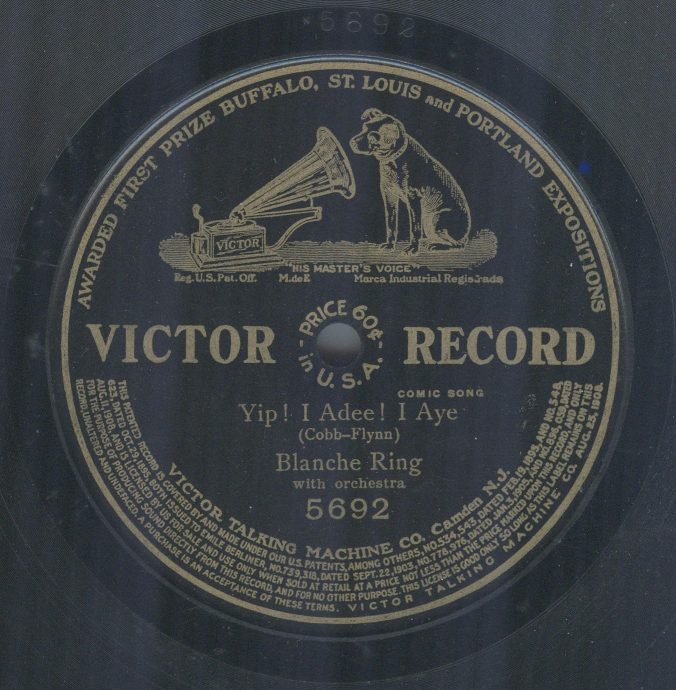 Blanche Ring was a well-known actress and Broadway singer around the turn of the last century.  Here is a song she introduced in 1908 in the musical production The Merry Widow And The Devil.   Blanche Ring made this recording on March 20, 1909 almost three months after the production’s final performance on January 30.  The song was composed by Will D Cobb with lyrics by John H Flynn.