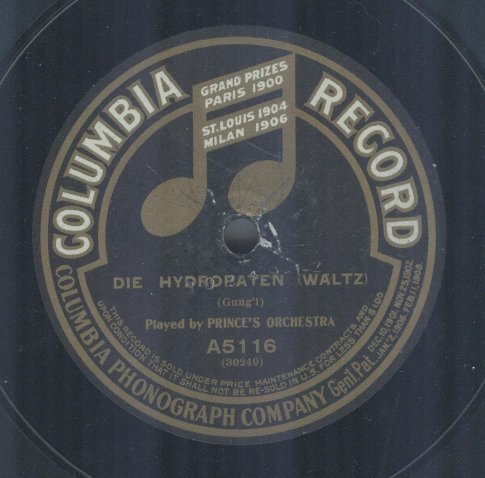 Here is a waltz by Austrian composer Joseph Gung’l  First published in 1858 the waltz was performed throughout much of the world during the Victorian era and into the early decades of the 20th century.  Early editions of its sheet music feature a dedication to the Priessnitz family – presumably the family of Vincenz Priessnitz, an Austrian peasant farmer who became famous as the father of hydrotherapy.

This recording was made by Columbia’s in-house band led by Charles A. Prince.