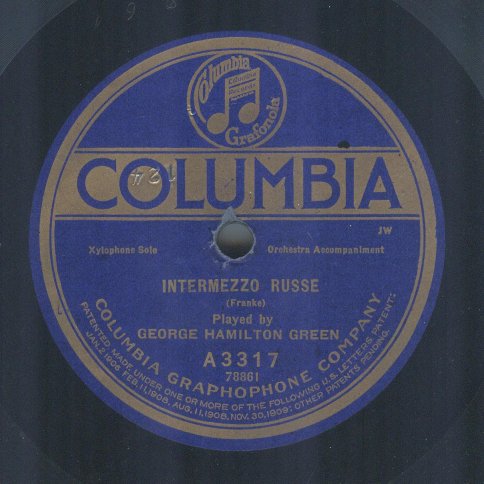 Despite the fact that “Intermezzo Russe” seems to have been fairly well-known in Europe and America around the turn of the last century, I have not been able to find out much about it or its French composer Theodore Franke.  I found a reference online to sheet music from 1896, so it dates back at least that far and possibly earlier.

“Guard Mount” dates back to 1888 and was composed by Richard Eilenberg who was famous for compositions such as “Sleigh Ride In St. Petersburg” and “Mill In The Black Forest” – both of which I recommend and will try to dig out and feature in a future update.