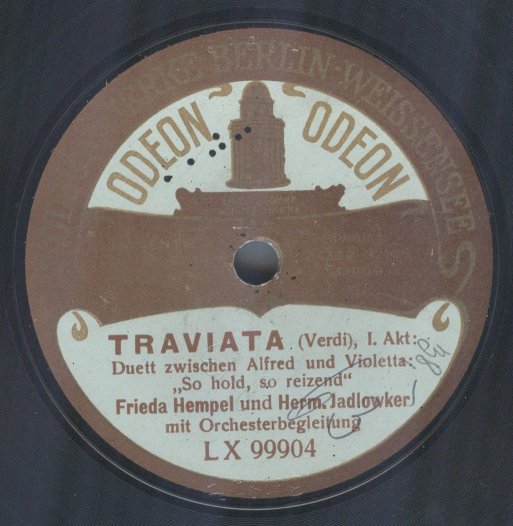 Here are two selections from Giuseppe Verdi’s famous 1853 opera La Traviata.   Each recording comes from a separate single-sided German Odeon disc.  The catalog numbers on the two records are in consecutive order and were apparently part of a series.  Unfortunately,  I do not have information as to how many records were part of the series beyond the two here.   The discs are slightly larger than standard American and British records of the era – 10.63 inches verses 10 inches.  The blank backs feature a large and very attractive embossment of the Odeon logo.

Frieda Hempel and  Hermann Jadlowker were both internationally famous operatic stars during the early decades of the 20th century.