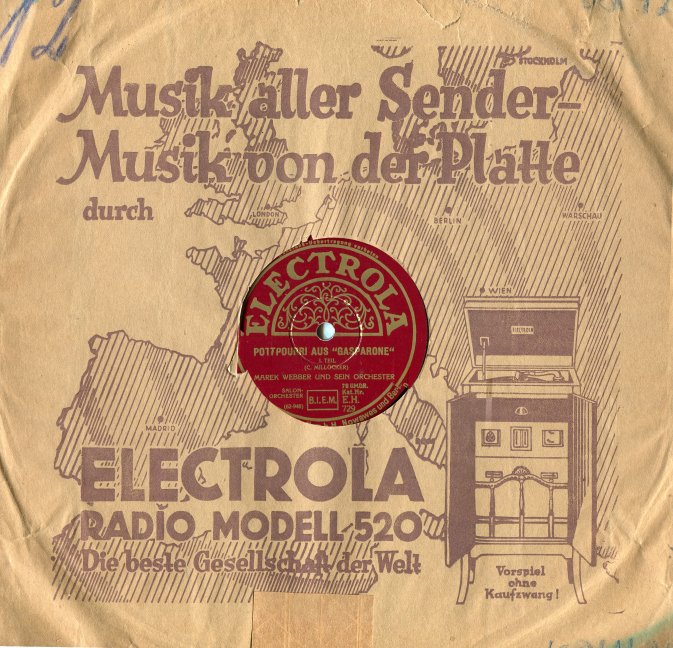 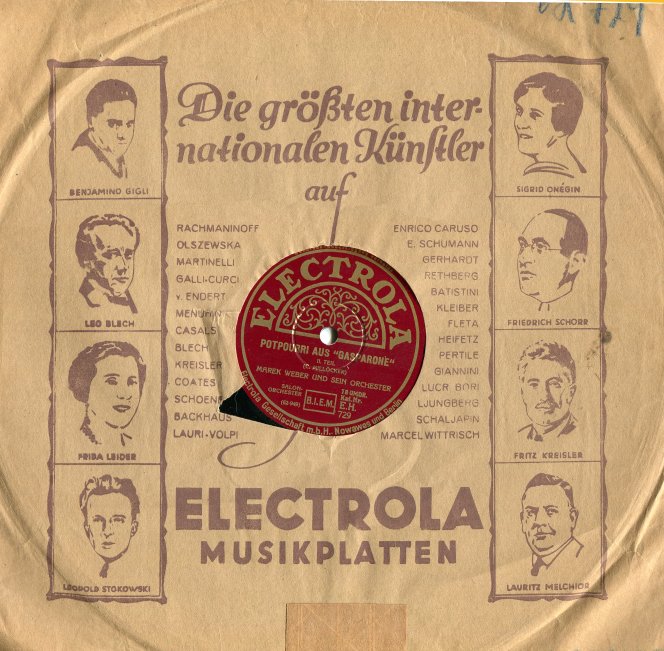 Here is a 1931 medley recording featuring an orchestral arrangement of selections from the Carl Millöcker operetta Gasparone.  The operetta debuted at Vienna’s Theater an der Wien on January 26 1884.  A film version of the operetta with a modernized storyline was made in 1937 starring Marika Rökk and Johannes Heesters.   As of this writing, the entire film can be seen on YouTube at this link.    A couple of brief musical excerpts from the film that I enjoy watching can be seen here and here.

Radio Dismuke listeners will be familiar with Marek Weber’s jazz oriented popular music and tango recordings that are regularly featured on the station.   I find it interesting how the popular German bandleaders of the era such as Weber, Otto Dobrindt, Barnabas von Geczy and others were as equally adept at performing classical and operetta as they were at popular music (although it has been said that Marek Weber personally disliked jazz).

I acquired my copy of this record still in its original paper record sleeve.   Since I now have a scanner that is able to reproduce oversized items, I thought I would include it.  Note the advertisement for the latest Electrola radio-phonograph combination.