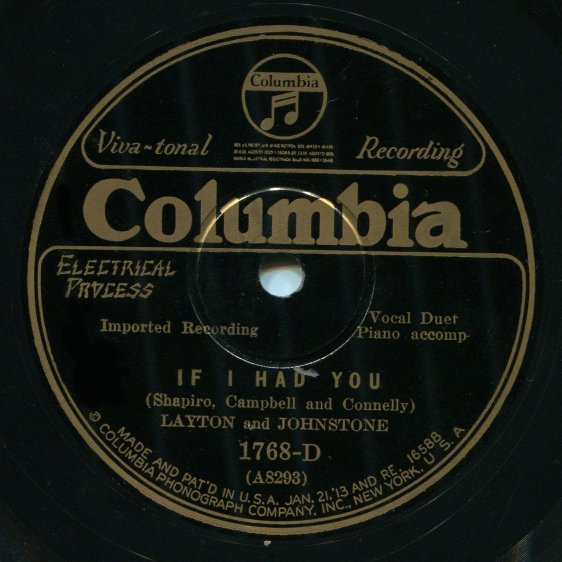 As with a number of other black American entertainers in the 1920s  the piano duo of Turner Layton and Clarence Johnstone found it easier to achieve career success overseas than at home.  They performed throughout Europe but were especially popular in England where their fans included the Prince of Wales and members of British nobility.  Between 1928 and 1935 each had earned around £64,000 – and amount that would be worth over $5 million today.

In 1934 it came out in divorce court that Clarence Johnstone had an affair with Raymonde Sandler, a white woman who was the wife of the well-known salon orchestra leader Albert Sandler.   The resulting scandal led to Layton and Johnstone going their separate ways.  Layton continued to have a successful career in British show business until his retirement in the mid-1950s.  Johnstone eventually married Raymonde Sandler.  After being declared bankrupt, he returned to America where his attempts to resume his career were unsuccessful.  He eventually found work as a janitor.

According to the Columbia Records advertisement reproduced above, this particular record was the duo’s first to be issued in the United States.  The ad is from the June 1, 1929 edition of the Afro-American a newspaper aimed at a black readership that was founded in 1892 and remains in publication. Black record buyers were a lucrative and important niche market for the American record industry in the 1920s.