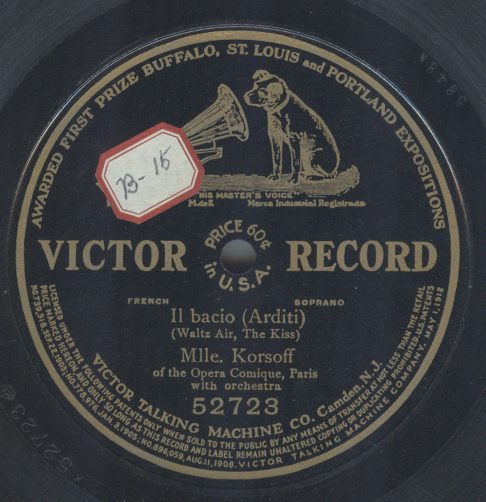 Lucette Korsoff was an internationally famous soprano during the first two decades of the 20th century.  “Il Bacio” (“The Kiss”) was composed by the Italian violinist and composer Luigi Arditi.

This selection was recorded in Paris in 1906.   The artwork on the label indicates that my American pressing on Victor was manufactured sometime in either 1912 or 1913.

This entry was posted in 1900s, Acoustic Recordings, Opera, Other Foreign Recordings. Bookmark the permalink.