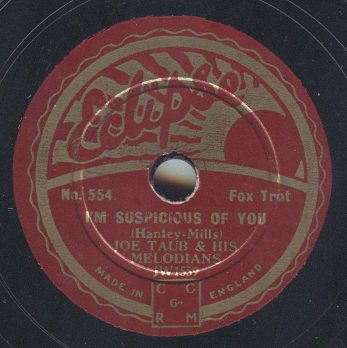 Joe Taub & His Melodians was one of several recording pseudonyms used by Harry Leader And His Band on Eclipse.