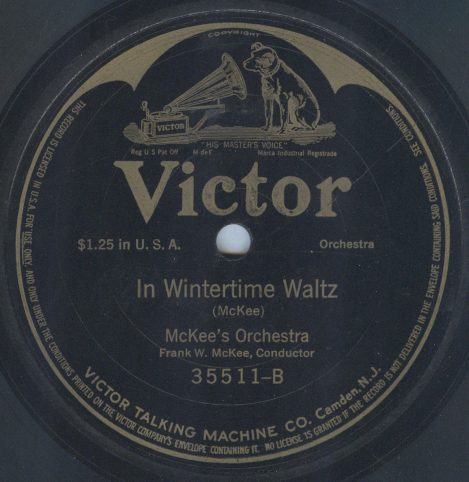 Here is a charming waltz composed by Frank W. McKee and performed by his orchestra.    I have not been able to find much information about McKee.    He composed a number of waltzes and conducted around 30 sides for Victor between 1914 and 1917.

I have not been able to determine whether or not McKee’s band was strictly a Victor in-house studio ensemble or whether it performed elsewhere.