Performed On The Titanic: “Silver Heels” 1906 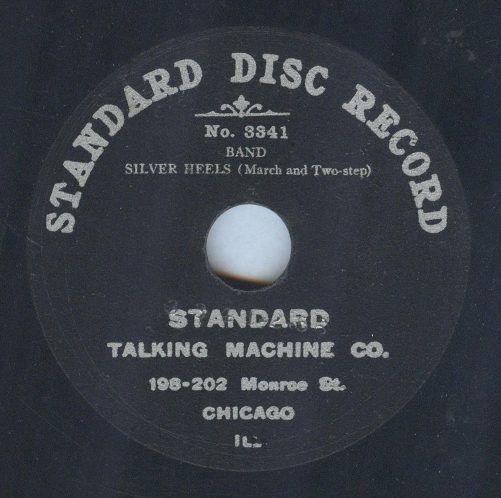 As you may already be aware from the extensive media coverage, this past evening was the 100th anniversary of the sinking of the Titanic.   A number of songs have been documented as having been played by Wallace Hartley’s salon orchestra during the voyage.  Here is one of my favorites among them.

“Silver Heels” was composed in 1905 by Charles Neil Daniels under the pseudonym of Neil Moret.  In addition to being a composer, Daniels was editorial director of the Jerome H. Remick Music Company which published a large number of ragtime time era songs.

“Silver Heels’ was promoted as an “Indian intermezzo.”   Daniels composed the very first Indian intermezzo “Hiawatha” in 1902 while on a train ride though Hiawatha, Kansas.   The rhythm of the locomotive made Daniels think of Indian drums.  The song’s publisher provided the “Indian intermezzo” subtitle and it became a popular success.    The Indian intermezzo quickly became one of the early popular music fads of the 20th century.  One commentator has suggested  that the use of the word “intermezzo” perhaps gave exotic popular music a classical respectability so that it would be appropriate for young ladies to purchase and play in their parlors.

This recording comes from a one-sided Standard Disc Record issued by the Standard Talking Machine Company of Chicago.   Standard manufactured phonographs which were sold at either very low prices or were sometimes given away as premiums.   The “catch” was that the machines had a larger than standard spindle that would only accommodate the company’s records  – an early form of what we today would call vendor lock in.   All of Standard’s records were pressed by Columbia and consisted of selections that had previously appeared on the Columbia label.   At the time the patents for conventional lateral grooved disc records in the United States were controlled by Victor and Columbia.  This recording was originally released in 1906 on Columbia 3341 with the band credited as “Columbia Band.”

One Response to Performed On The Titanic: “Silver Heels” 1906