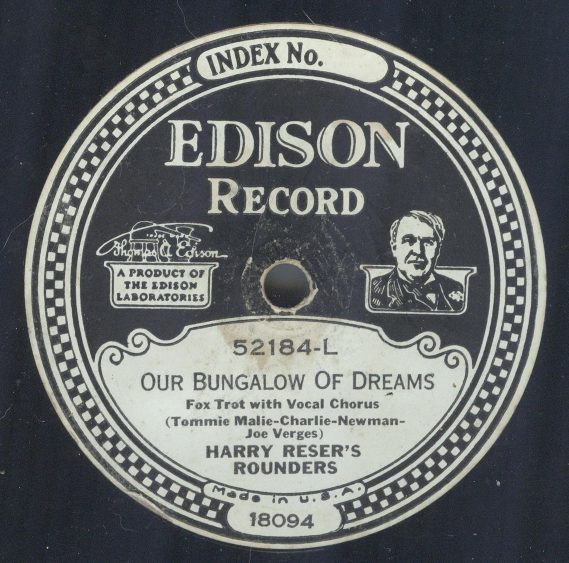 Thomas Edison, who invented the phonograph in 1877, did not make the transition from acoustical to electrical recording until 1927, a full two years after his primary competitors Victor and Columbia.  By then, sales of Edison Diamond Discs were already in a long, irreversible decline.  As a result, electrically recorded Diamond Discs are hard to find today and are prized by collectors.

During this period, Harry Reser was at the height of his popularity thanks to exposure on NBC’s Clicquot Club Eskimos, one of the early coast-to-coast network radio programs. Clicquot Club was a brand of soda water and carbonated beverages and Reser’s band was a perfect fit for the sponsor due to his “bubbly” style of banjo playing which you can hear on both of these selections.   While the band recorded as The Cliquot Club Eskimos on Columbia, it also cut records for most of the other record labels of the period, sometimes under Reser’s name and sometimes under one of several pseudonyms.