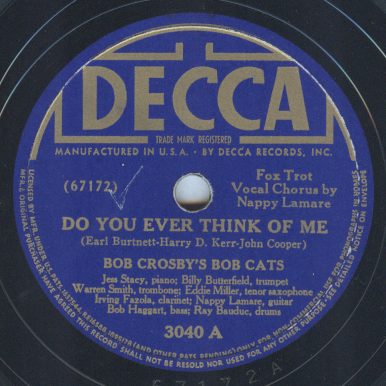 The Bob Cats were a “band within a band” subset of members of the larger Bob Crosby Orchestra.   The Bob Cats specialized in Dixieland music and brought it back into public attention at a time when such music had fallen out of favor and was regarded as “old fashioned.”