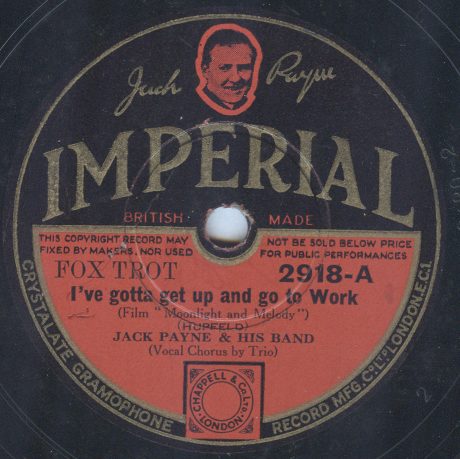 Here is a really great version of a Depression themed “cheer up” song introduced in the 1933 musical film Moonlight And Pretzels.  After the vocal are several really nice solo passages.